What if I told you that you can tell if a video will go viral on YouTube before even recording it? You can create magic when you know your niche well, apply a bit of Search Engine Optimization (SEO), and use a tool like TubeBuddy’s Keyword Explorer to do some serious keyword research.

. I’ll show you how I used these 3 elements to get 1,386 subscribers (and close to 100k views) from a single video that I published during the first weeks of my gaming channel.

I know it can be daunting to start a channel these days because you might feel you’re late to the party, but it’s not too late to start. With a good strategy, it is still possible to grow quickly. This technique is a great way to accelerate your growth and save you months of work.

I call this technique Trend Riding.

In December of 2018, a new game mode started to gain a lot of popularity among Dota 2 players (the famous MOBA video game). It was just an alternative game mode that you could play inside the main game.

Almost every Dota 2 live streamer on Twitch was playing this new game mode, but since it was just a modification of the original game, players outside Dota 2 didn’t know about it until later on.
Since I watch a few of those live streamers during my free time, I knew about this game mode before most YouTubers did. I began to think it this was a good opportunity to be one of the first to create a video guide on how to play it.

To confirm if this game was becoming popular outside of Dota 2, I used Keyword Explorer to see if it was worth my time to create a video about it. This would help me make sure enough people were interested in watching the video.When you look for historical data within Keyword Explorer, the tool will give you a score from 0 to 100 to tell you how popular a query has been for a given region and time. 100 is the peak popularity of the term, while 0 means there’s low search volume.

When I looked at the chart during January, I saw a 100 score during the previous few days, meaning that the popularity was constantly increasing at that moment: 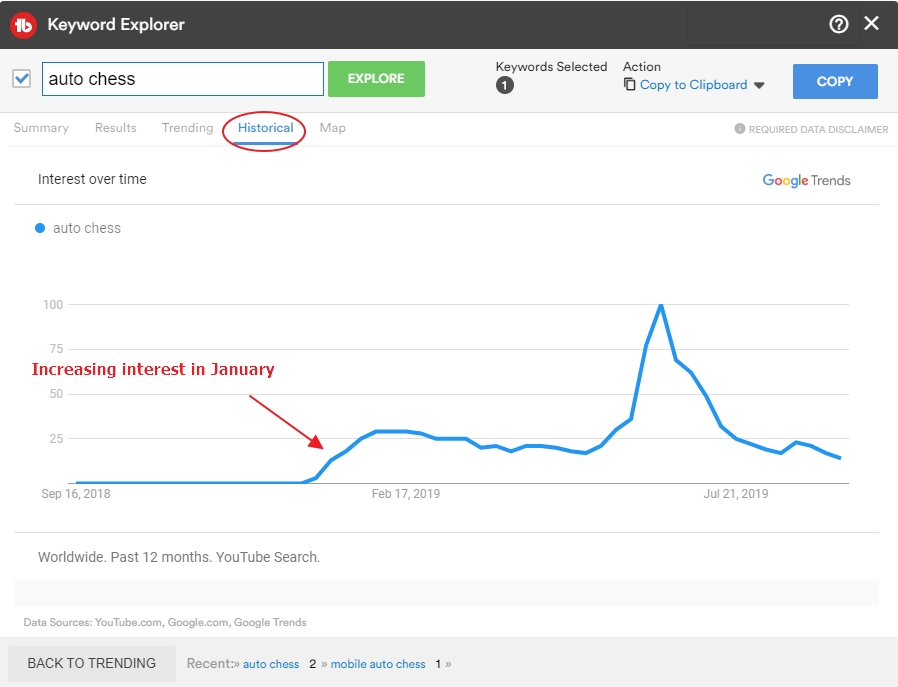 I discovered that the game mode was indeed gaining popularity outside of Dota 2, and it was increasingly getting more search volume on YouTube. People that had never played Dota 2 started downloading it just to play this new game mode.

Now that I had confirmed that people were becoming interested in this game mode, I knew it would be worth it to create an amazing tutorial to teach people how to play it. It took me 3 days to put together and covered almost every single aspect of the game. I also used a lot of editing to help people understand this complex game. The result was a complete video tutorial that was longer than 20 minutes.

That video was the single most important thing that blew my channel to over 1,000 subscribers after a month and a few days. This is the first time I felt like I was able to predict something getting popular on YouTube before it happened.Since then, this game mode became so popular that several companies released their own versions of the game. My channel was one of the first creating content about it, so it grew together with the game. This is similar to how Fortnite YouTubers grew as the game became one of the biggest games in the world.

How to Apply This Technique in Any Niche

My experiment was done for a gaming channel, but that doesn’t mean it can only work in that niche. This can happen, for example, when a new product from an unknown brand is released. Sometimes these products start becoming popular before any YouTuber has heard about them. You might start noticing this on other platforms, like Instagram, before they start reaching YouTube. 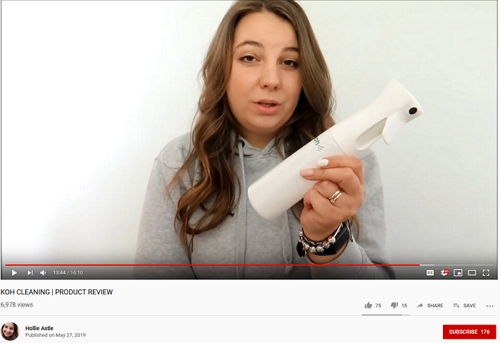 Before making a video review about it, you can confirm with the Keyword Explorer to see if it’s starting to get search volume. This way you make sure you aren’t spending money on a product for a video that isn’t going to get a lot of views.

It doesn’t matter if there are a few videos talking about the product already. You could try to make a better—and longer—video with a good title and thumbnail so you get more attention than your competitors.
This technique can also be applied in another way. For example, by looking at what’s popular in other countries.

One way of doing this is searching for videos in another language. We did this for my girlfriend’s channel. We noticed there was a certain Brazilian technique for hair treatment that was becoming extremely popular among Brazilian YouTubers. We searched for it in Spanish—our native language—and noticed that there were no videos about it. This was clearly a great opportunity for us to start introducing that technique to the Spanish-speaking YouTube audience.

So we made her first YouTube video about this technique. It didn’t go viral, but it got a few hundred views in just a few days.

Most particularly, something that caught our attention was how many comments we got on that video. Almost 5% of people that watched it left a comment, which told us that it is a subject people love knowing about.

This was interesting because this Brazilian technique is not yet known in Spanish-speaking countries, so there aren’t a lot of people searching for it just yet. Knowing this, we do expect that when the technique starts getting more searches as it becomes more popular, our videos will be the first to appear on the results and we will start riding the trend.

For our second video, we made a comparison between two products used for this technique, and the video is close to 5,000 views. Just like that: 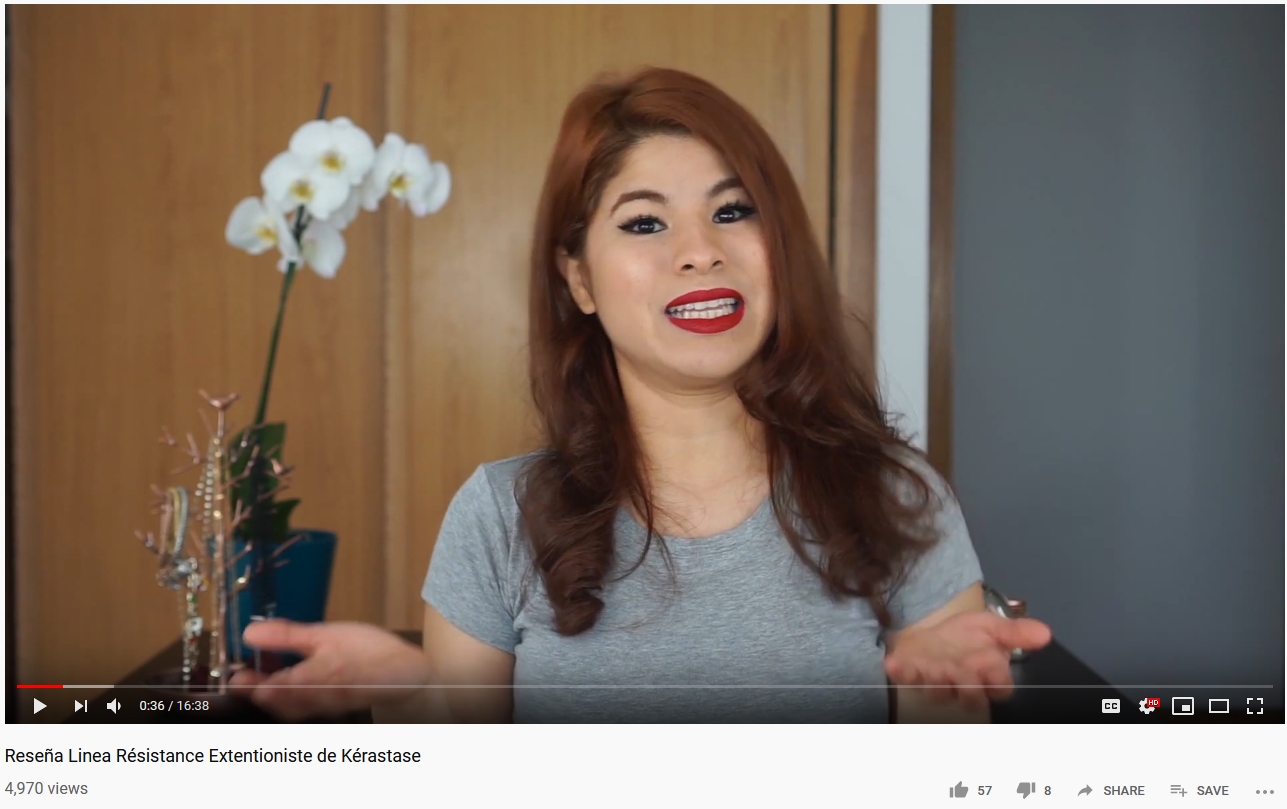 So if you know another language, you might find there’s something becoming popular in a particular country that might get popular internationally later on.

Conclusion: How to Go Viral on YouTube Using TubeBuddy Step-by-Step

Here are all the steps to employ this technique yourself:

As you can see, it’s not that hard to predict if a video is going to get a lot of views even before recording it. The real difficulty relies on finding that “perfect idea” for your channel.

You don’t only need to find an idea that a lot of people are searching for and that doesn’t have many videos competing for it. You also need it to be inside your niche. It’s not worth creating a video that gets thousands of views if it’s completely unrelated to your channel and your target audience. Don’t waste your time unless you’re doing it to grow your channel.

Still, it is possible to find something relevant if you’re constantly keeping an eye out for things that are becoming popular outside of YouTube or in other countries.

I’m sure these examples will give you some notion of how you can find ideas that have a lot of potential. If you find something like this, it is worth making a video about it. You might catapult your channel’s growth as I did with mine. The worst thing that can happen is that you added a video to your channel that didn’t go viral, but still got some views and subs.